So now, let us open our program.
Please join me in welcoming Frances West, founder of FrancesWestCo and the distinguished M-Enabling program committee member, who will introduce our opening keynote speaker.

Frances. An international recognized thought leader, author speaker strategy advisor and a woman in technology, trailblazer known for her work in innovation, technology, and business transformation.
She's the author of "authentic inclusion drives disruptive innovation" and the founder of FrancesWestCo.
A global strategy advisory company, focused on working with organizations, to operationalize inclusion as a strategic business and technology imperative. Her human-first insightful and impactful approach comes from her experience, as a global executive and her ground-breaking work as IBM first chief accessibility officer.
Frances West, delivers thought-provoking keynotes, and meaningful strategy advisory services that influence leaders, impacts businesses, and inspires organizational transformation.
So welcome, to the stage, (laughing) Frances!
[APPLAUSE]

[LAUGHTER]
Mr. Romano: And then, to make matters worse, I got into high school, and I was faced the first time, with what's known as the computer lab.
Well, I have to tell you, if you think spelling, for me, was a danger place, computer labs were places that I, literally, left the building to walk around them so I wouldn't be involved in all of those little numbers and things.
Because that surely, wasn't my thing!
(Continuing) so automatically you see something immediately about a person, with a learning disability.
Not only had I been left behind, in much of the learning, that took place, but I saw myself missing the newest train.
It was leaving the station, without me.
The world of computers, left me completely.... as a person, who would have to spend the better part of his life, depending on people.
(A pause).
Mr. Romano: I started my first company, when I was -- just a little bit over 24.
And I, literally, had to hire people who would read my e-mails.
And write them for me.
When I was in college, it was by the grace of both God and the fact that I had people who were always willing to type for me -- that I was able to complete reports and things, the fact that I made it to college was in and of itself something I was predicted not to be able to do.
But the fact of the matter is what you work on, my -- is, then, became the turning point of my life.
And it's really very funny, because the turning point of my life, became when I learned about things like Wordperfect, spell check, grammar check!
[LAUGHTER]
Mr. Romano: (Continuing) and it's interesting that one of the greatest advances, for me, is one that I learned about when I was with Frances, but didn't start using until I got older, which was speech-to-text.
I learned about dmitri who worked at IBM who developed that. And I have to tell you, as I stand here today that without that, I would not be standing here today.
Because I had the opportunity now, to communicate.
(A pause).
Mr. Romano: So when I think about the people in this room, I look around the room.
And to me I see Guttenbergs, the language changed because of you, the ability to get information out changes because of you and when you effect people with disabilities, you change the entire dynamic.
Each and every one of you.
In every single way....
You think you're doing something small or you think you're doing something that's just simply profitable, or you think you're doing something, but what you are doing is... you are opening up the world.
No more.
No less.
To people, who have been left behind.
(A pause).
Mr. Romano: People with disabilities, who have been thrown into gulags of indifference for no other reason than to have been born with some kind of disability. People who have not been allowed to earn a living. People who have not been allowed to experience everything we experience, not just in the United States, but all over the world, with opportunities.
If you cannot communicate, if you cannot understand, if you are left behind, in technology...
You're really not going anywhere.
You think you might.
And you might muddle through, here and there, and one of the things I dislike the most about somethings that go on in the disability community is we show someone with a disability, who overcame, and, you know, did all of this and in a special way and it didn't involve anything to do with -- with technology, and so on.... and the advances that you folks make, and more often than thought, it's not really that deep, or real...
(A pause).
Mr. Romano: It doesn't provide the bedrock, it doesn't provide the foundations that you... provide.
And that, to me, is -- what you're all about today.
You know, I -- I took the time, yesterday, to look up the word "enabling."
To enable.
You know it's one of those words that, I think everybody thinks they know, but doesn't really know.
Basically, what it breaks down, when you go into the Latin of it -- is it's to give a person a tool.
A tool.
You're tool-makers.
You are the tool-makers that move Society forward.
You are the tool-makers that make it easier, for people to get things done.
You know it's really -- it's really funny, without those tools, we find ourselves in -- in odd places, sometimes.
I -- I like to tell people, that when... when I was called by president Bush, on the phone and asked if I would be the secretary of.... assistant Secretary of Labor -- I almost gave myself a promotion, my God. That would be been wonderful, the picture and the whole thing in the hallway.
[LAUGHTER]
NEIL: Anyway, but when I first was called by the president, I think I did what any good.... second-generation Italian American boy from Brooklyn would do. I immediately picked up the phone and called my mother.

[LAUGHTER]
NEIL: To my wife's ever-dying unhappiness, but anyway --
[LAUGHTER]
NEIL: I go to my mom on the phone and I said, "Mom! You're not going to believe this! The president of the United States just asked me to be the assistant Secretary of Labor."
(A pause).
My mother didn't make a sound. Not a sound.
I actually thought I had killed her.
[LAUGHTER]
NEIL: You know, and really -- "mom, mom," finally she came around.
I said, "Mom, what's the matter?"
She said, "Neil, does the president know you can't spell?" 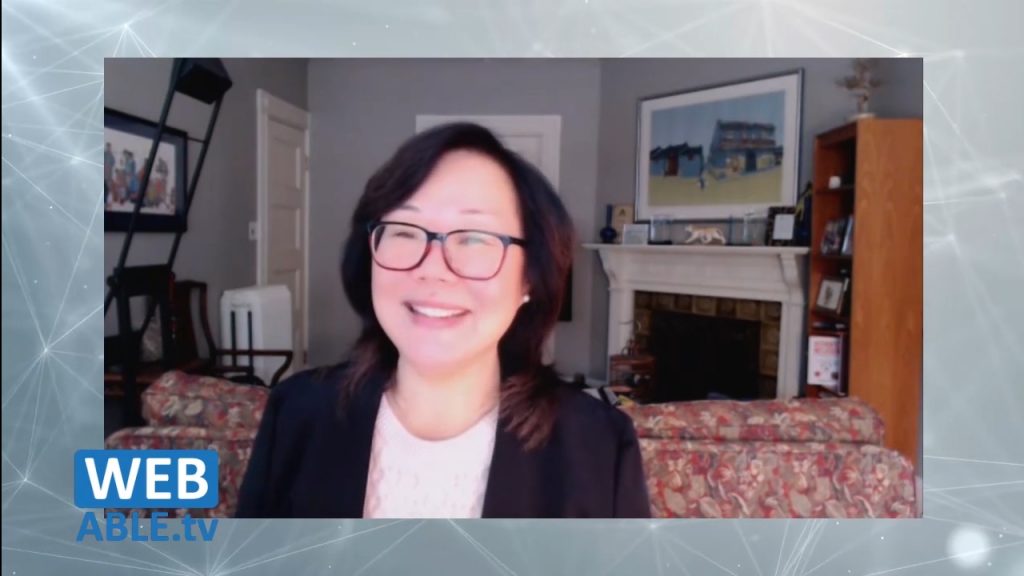 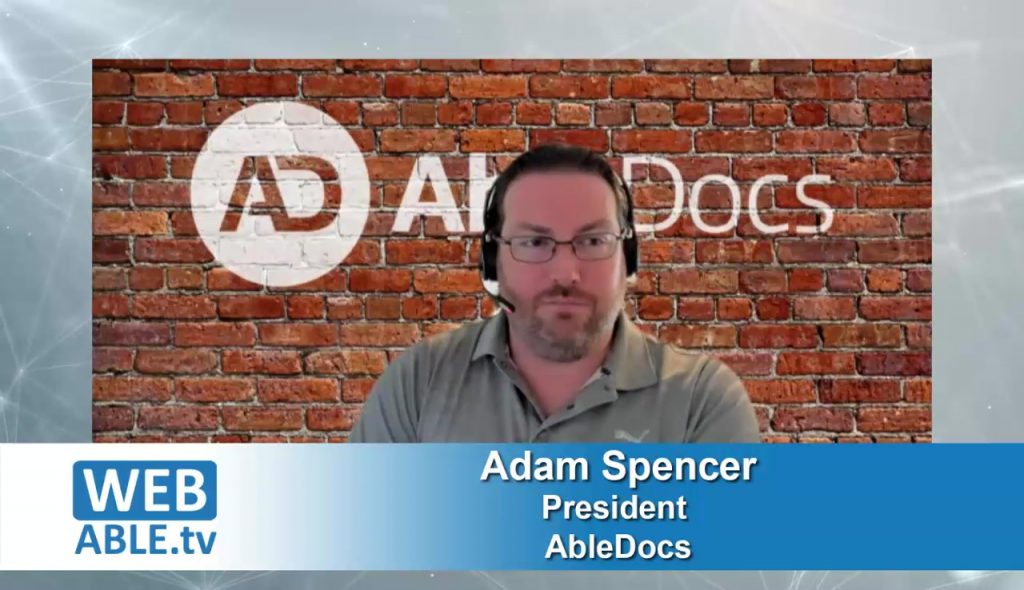 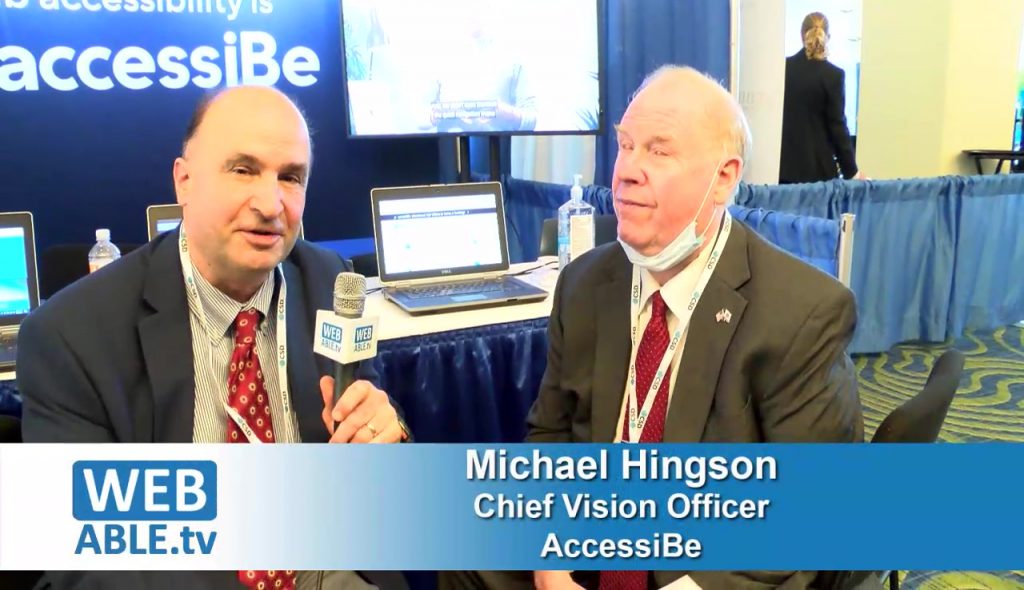